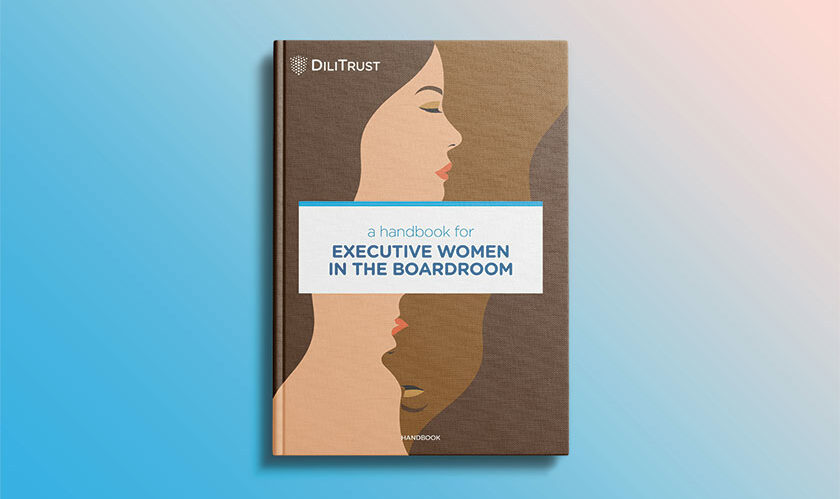 The case for diversity is clear: Boards with more women outperform in terms of profitability, governance and teamwork. It’s hard to imagine any team succeeding if every player brought the same skills to the field. The same is true of Boards. Diversity of thought, experience, background , and gender creates the strongest possible leadership model — it also helps recruit the best and brightest from the broadest talent pool to run the business. Diversity and inclusion isn’t just a nice idea — it’s a business imperative. Noreen Doyle- Board Chair, Newmont Goldcorp

8 WAYS BOARDS CAN DRIVE BOARD DIVERSITY

Could you please tell us about your career path and explain how you were able to rise through the ranks to become an expert in the field of corporate governance and gender diversity as a Professor at ESSEC, and through this, establish the Women Be Board Ready program? TAHIANA TISSOT — Global Director of Marketing at DiliTrust

Women who have been traditionally excluded from these corporate bodies of power and influence, they have idealized expectations of how things operate, and as they are a minority at the table, they can experience impostor syndrome – VDB

I am a professor in higher education at one of the top French Universities, @ESSEC, because of the values that it embodies in tertiary education. The notion of the steps to climb in one’s career path is a broad one, as an academic career requires diverse expertise in many fields; for example, the ability to teach, the ability to conduct original research but also, in my opinion, the ability to carry it out so that this work is useful to business or government (in the broadest sense). I have thus acquired double expertise: in business law, which now includes corporate governance, and in public law and political science, which questions the mechanisms of public decision-making and lobbying. These two areas allow me to cover a broad and transversal field, especially since my education, my commitment to the European Union, and my early career in Brussels then led me to systematically work in EU and comparative law.

BUT i am also involved in WOMEN EMPOWERMENT